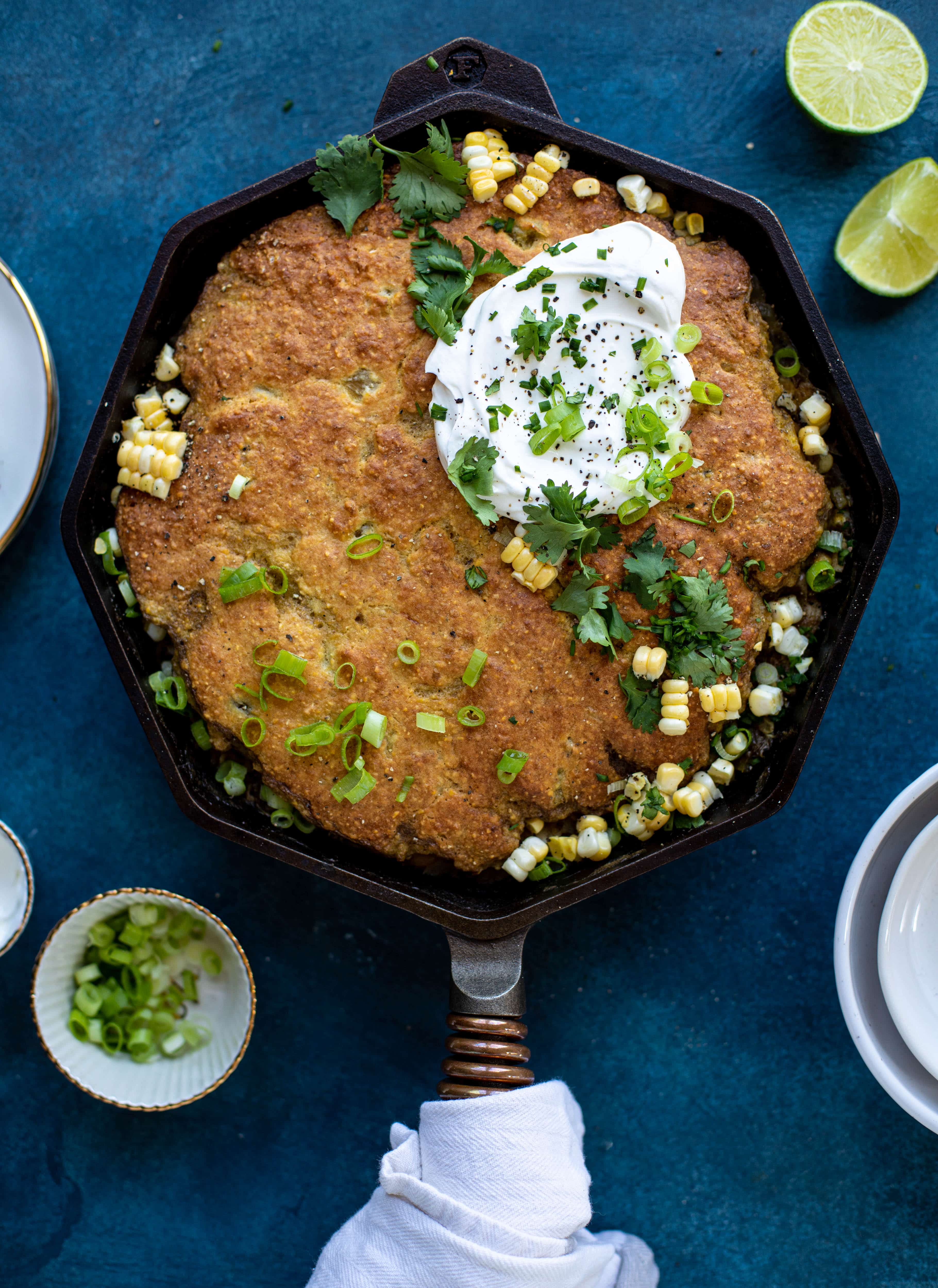 Don’t you think? It’s like the ULTIMATE comfort food, what with two comfort foods (hello chili… and cornbread) built into one.

This is one of those dishes that never turns out pretty but it tastes fantastic. You want a second bowl, there’s a fight over the leftovers and you start thinking about just how soon you can make the dish again. YEP it’s one of those. If you haven’t made the white chicken corn chili/chowder in The Pretty Dish yet, well, you must! It’s such a great recipe, especially in September and October as corn season comes to a close. It’s a soup that isn’t very heavy so it works great on days when it still reaches 90 degrees, like today.

My favorite thing to serve with it is the herb feta cornbread which is also in The Pretty Dish. And that combination is one of my favorite things to make, so I figured… why not combine them! The whole point of this ramble is that I took the base of that recipe and turned it into the base of this skillet! Oh my gosh. It’s GOOD.

Eddie loves dishes like this so obviously I love to make them. It’s kind of an inside-out version of my tamale pie. Oh and waaaay back in the day I did this cornbread-leftover-chili bake thing. You make the base of your chili in a big oven-safe skillet. Top it with green chile cornbread. Bake it so the chili is hot and bubbly and the bread is soft and fluffy. Serve a big scoop of it with extra corn if you’d like, some plain greek yogurt or sour cream, a bunch of herbs and even a spritz of line.

Basically be the happiest person at dinner, ever. 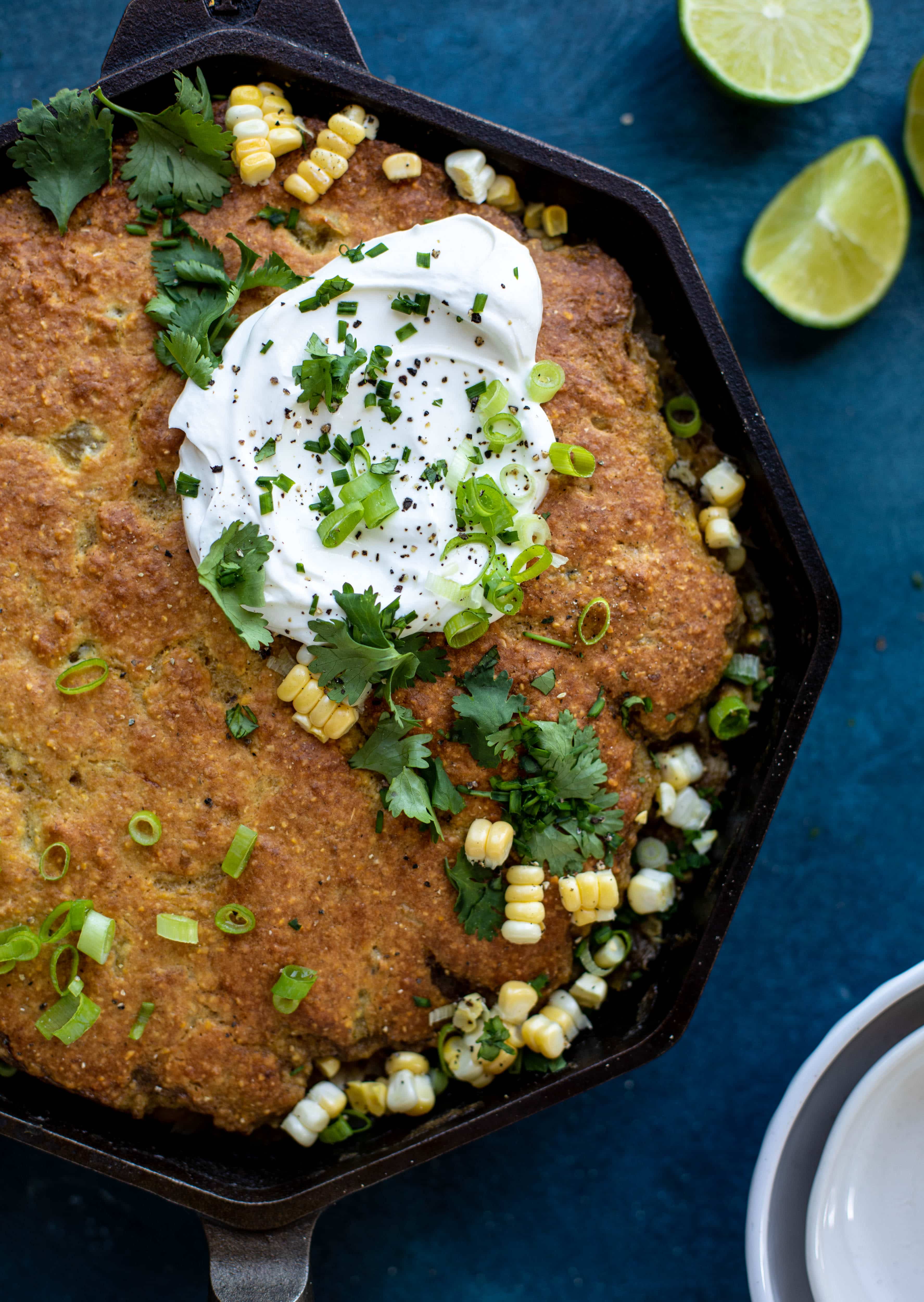 It’s soul-warming! A hug in a bowl! All that cliche phrases I love to use with comfort food. Yes, it’s all of those. 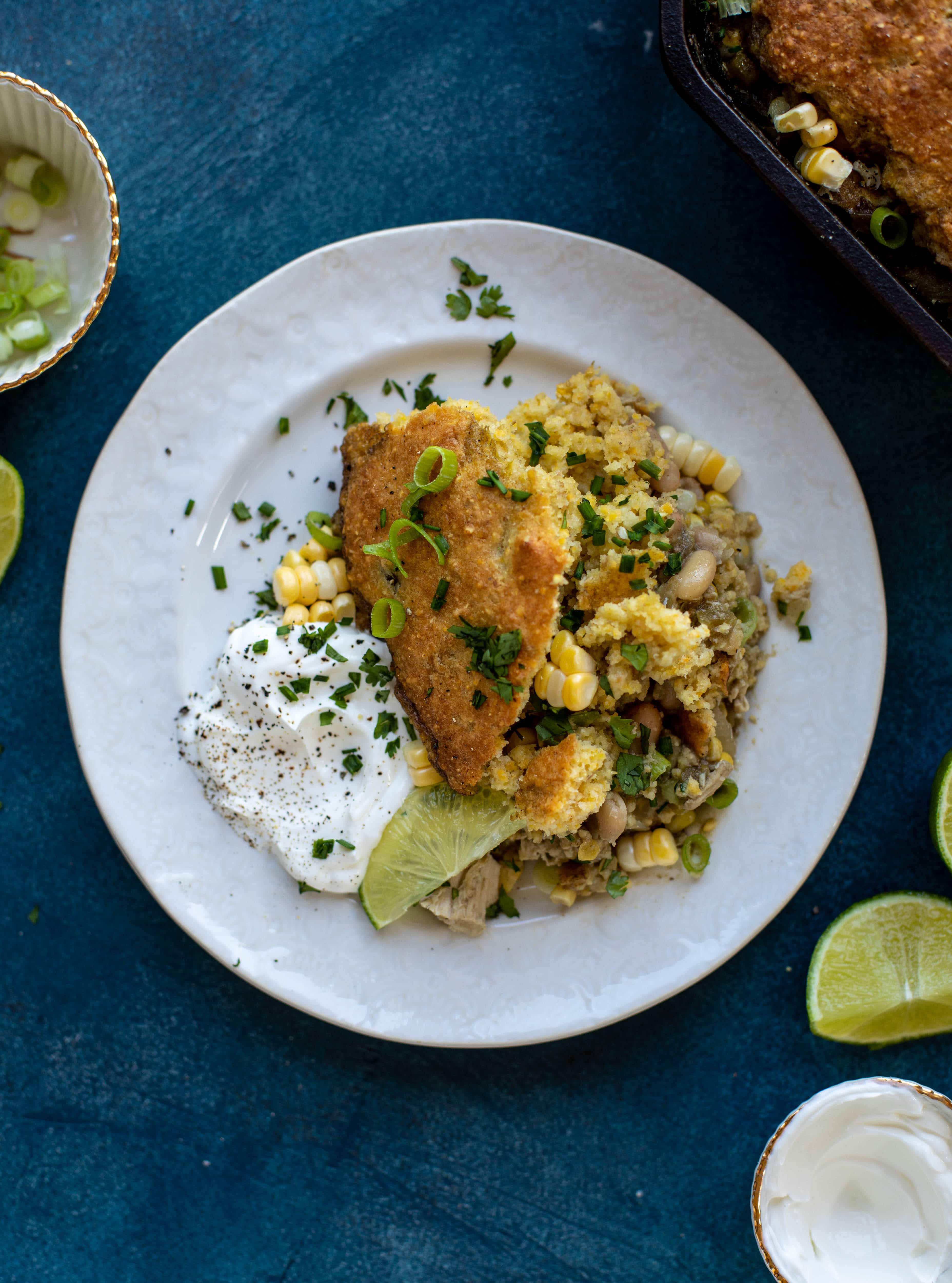