This cranberry cobbler smash must make an appearance at your Thanksgiving table. 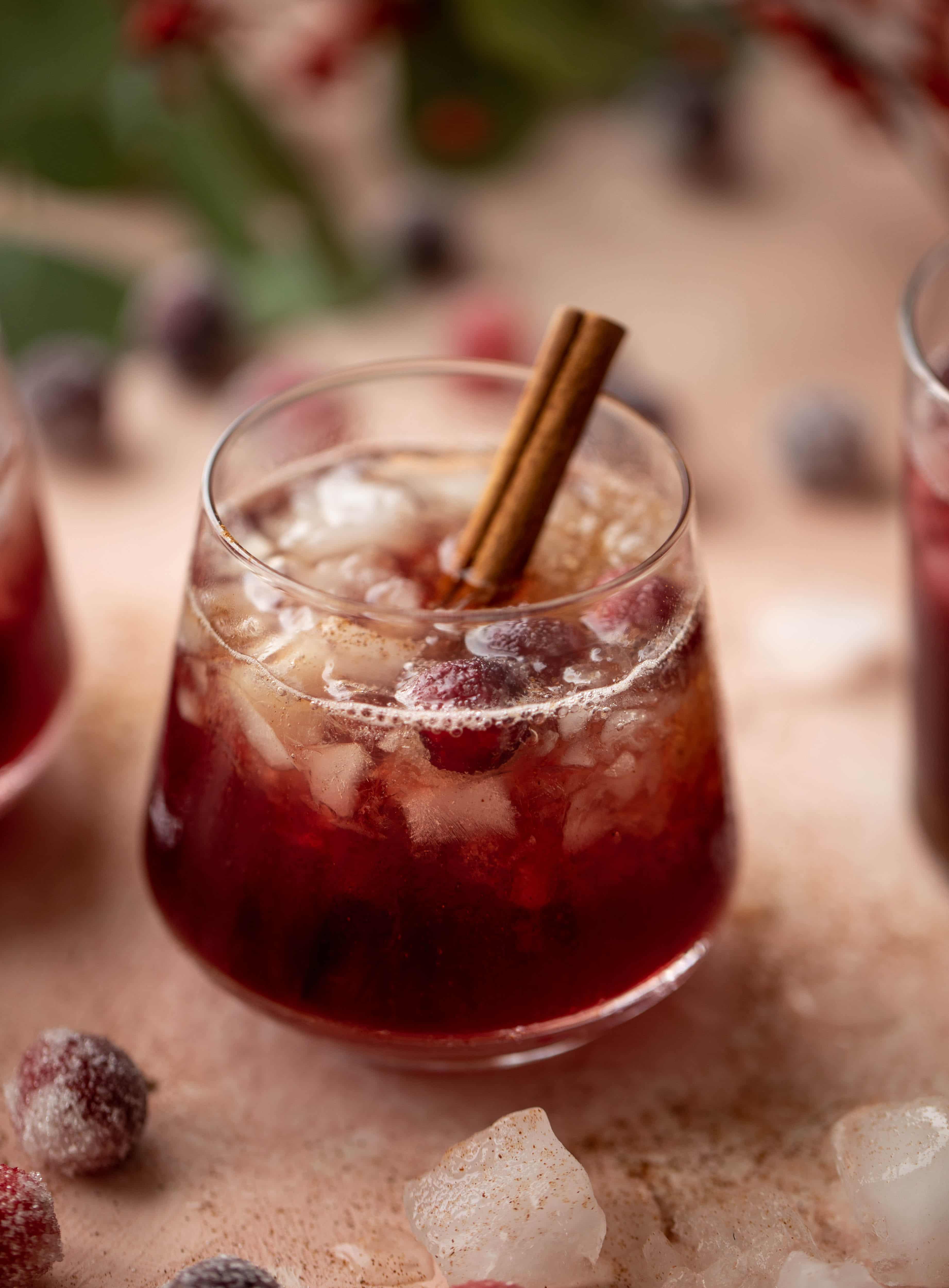 I mean, look at this! Cobbler in a glass. Warming, spiced, cinnamon cranberry cobbler over crushed ice. It’s serious heaven. Okay so this is one exception I’m going to make to a Thanksgiving menu. I am ALLLL about a sangria or a punch on Thanksgiving. It’s fantastic because you can make it ahead of time and it’s ready to go. Not to mention that everyone can serve themselves, so that’s huge.

But! This cranberry cobbler smash? NEEDS to be on your menu. Needs to be. Here’s what you can do! Make the cinnamon simple syrup ahead of time. Hey, remember my famous cranberry cider punch from my baby shower? This is a less-spiced version of that syrup and it’s fantastic. So make a batch of that.

Get a cute bar cart or table or heck, your kitchen counter (that’s what I use, FYI). Set up a bottle of bourbon, a bottle of seltzer on ice, an adorable pitcher filled with the syrup and a jug of cranberry juice.

Everyone can GO TO TOWN.

Including you. You can definitely go to town. 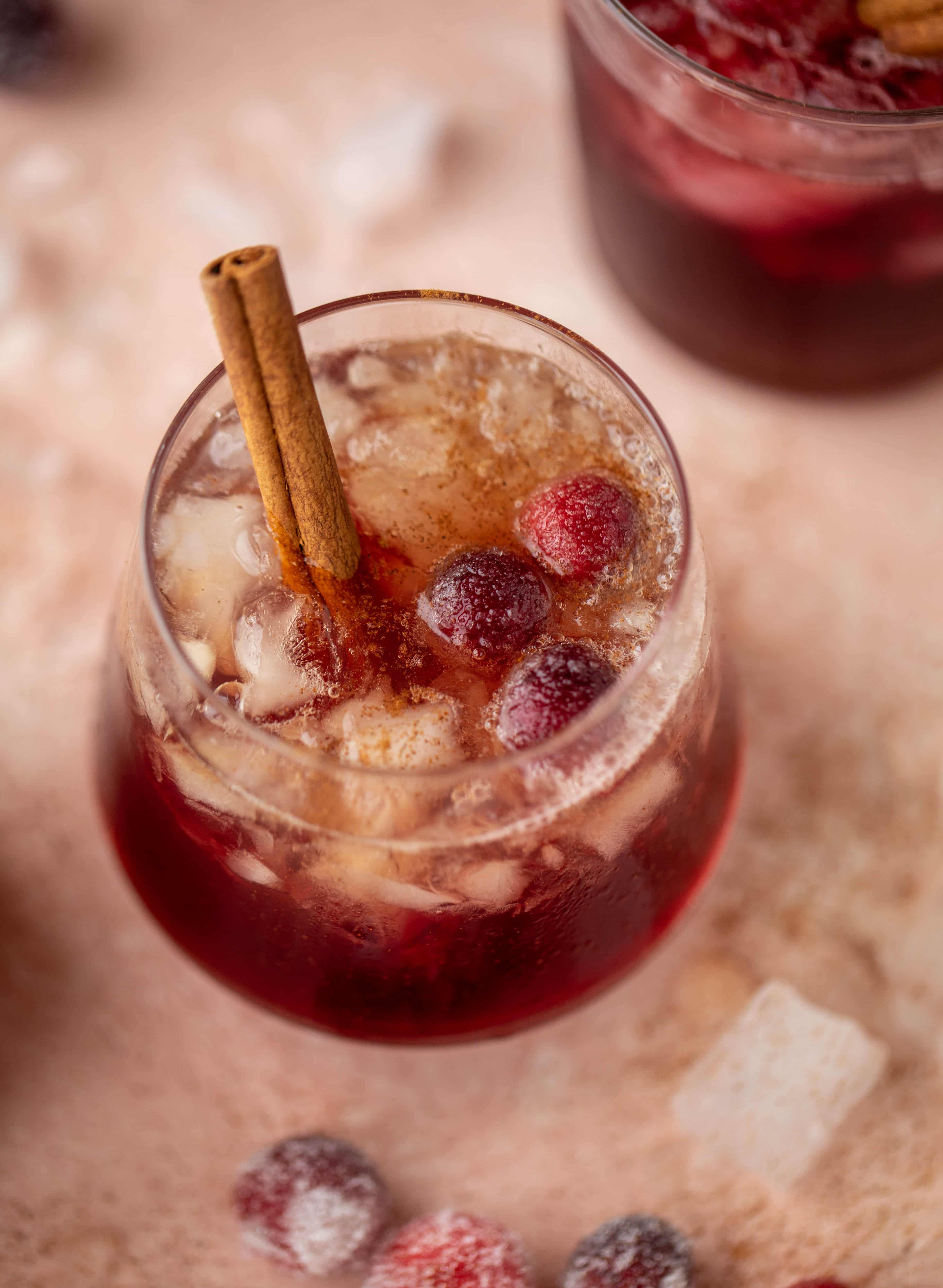 It’s such a fun way to have a cocktail that isn’t punch-y out for everyone to enjoy! And the flavor. OH MY GOSH the flavors here? They are ideal for Thanksgiving. They complement everything else you’re going to eat. If anything, that should be your excuse for making them! 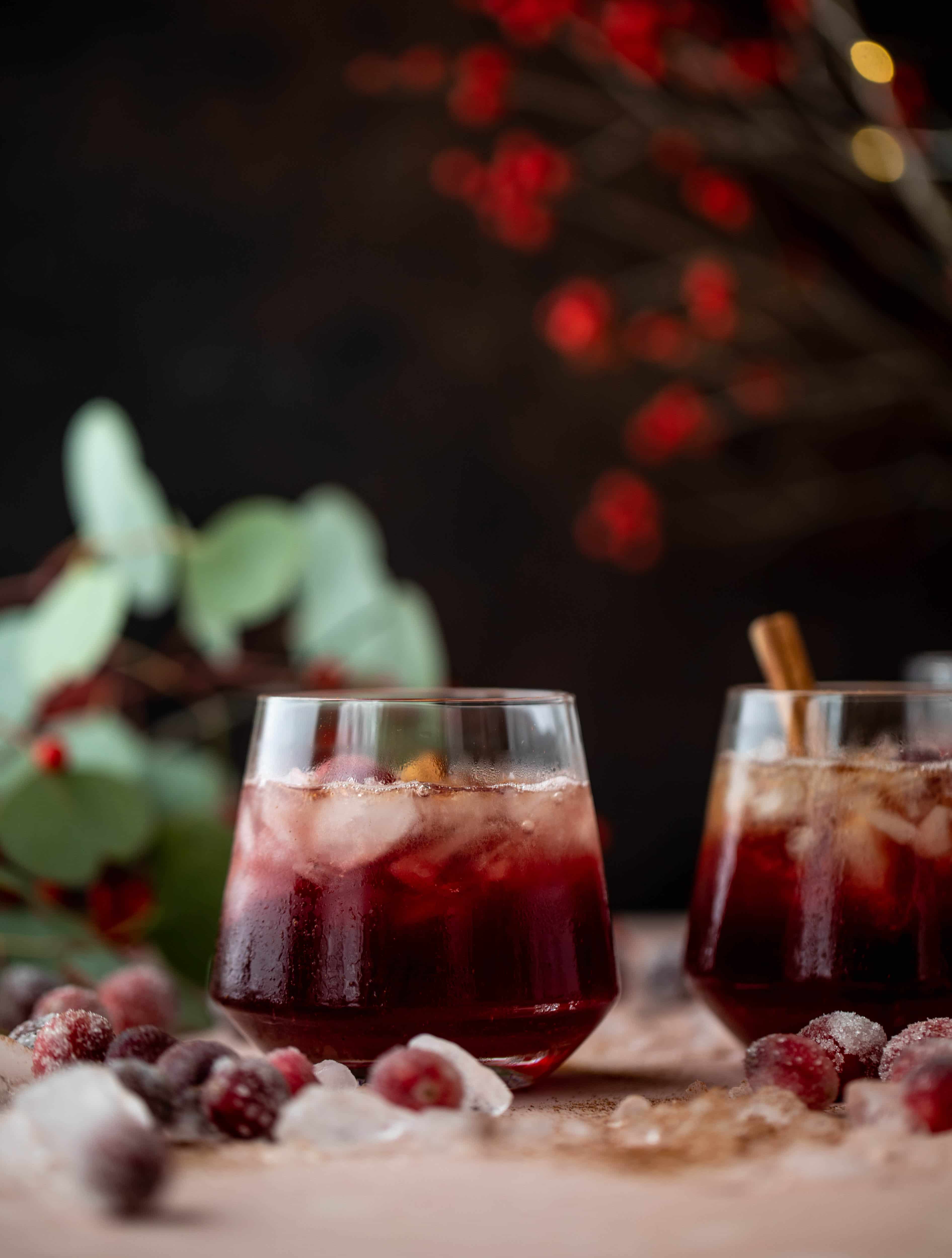 While we’re at it, I have an incredible list of Thanksgiving cocktails (and everything else!) that you can make. Even if you don’t have them on the day, perhaps the night before? It is the biggest party night of the year after all. At least it is here – what we refer to lovingly as “amateur night.” So I’d rather sit on the couch and watch The Holiday and prepare to cook the best meal of life in a few hours. Cranberry is never one of my top holiday flavors, but it just works here. Because it’s tart (and I use 100% juice with no sugar!), it is fabulous with the cinnamon syrup. And then by adding the bourbon, it’s like a warm little sip for our soul! 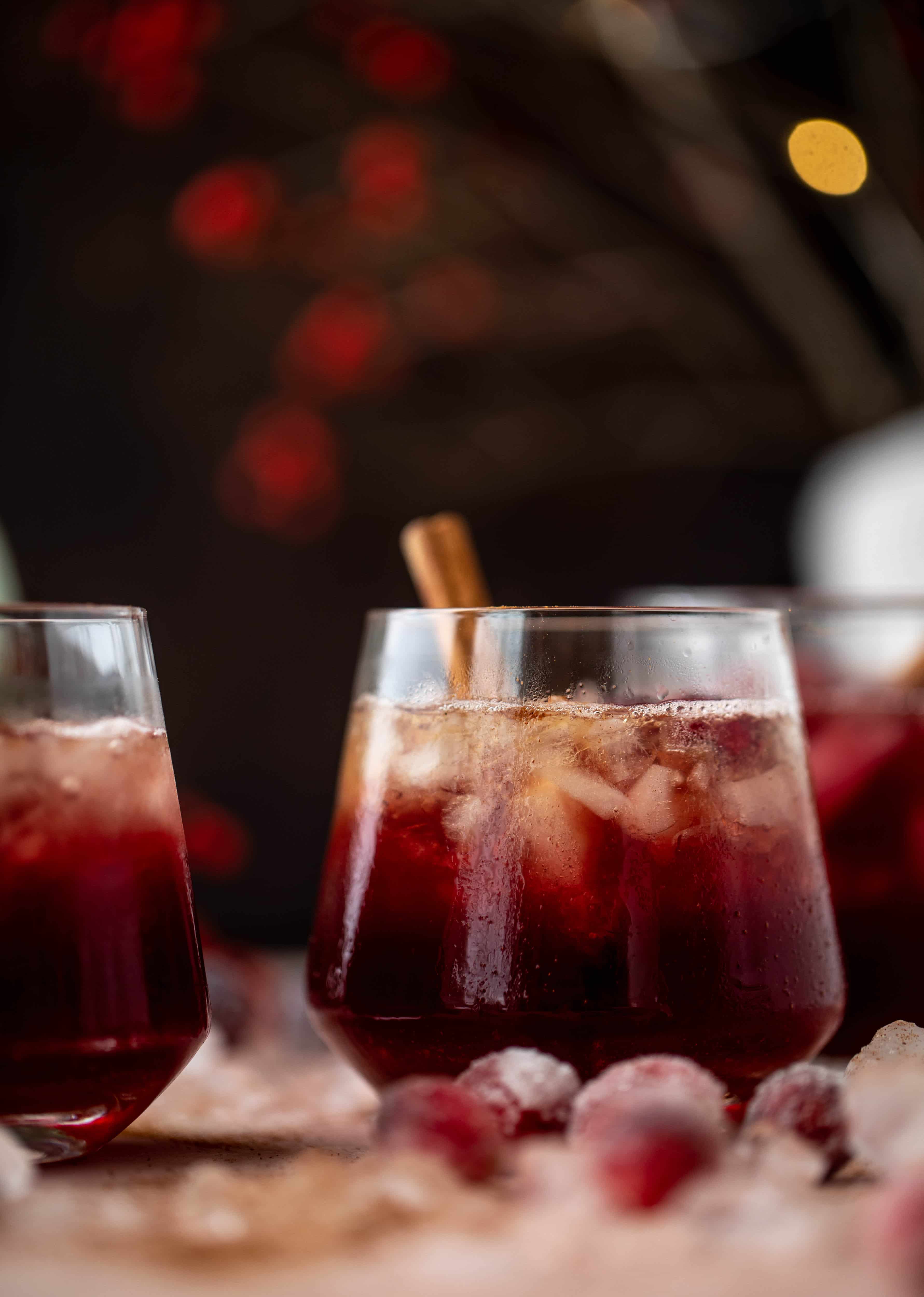 This cranberry cobbler smash is perfect for the holiday season! Bourbon, cinnamon simple syrup and cranberry juice – it’s spiced and warming and wonderful. 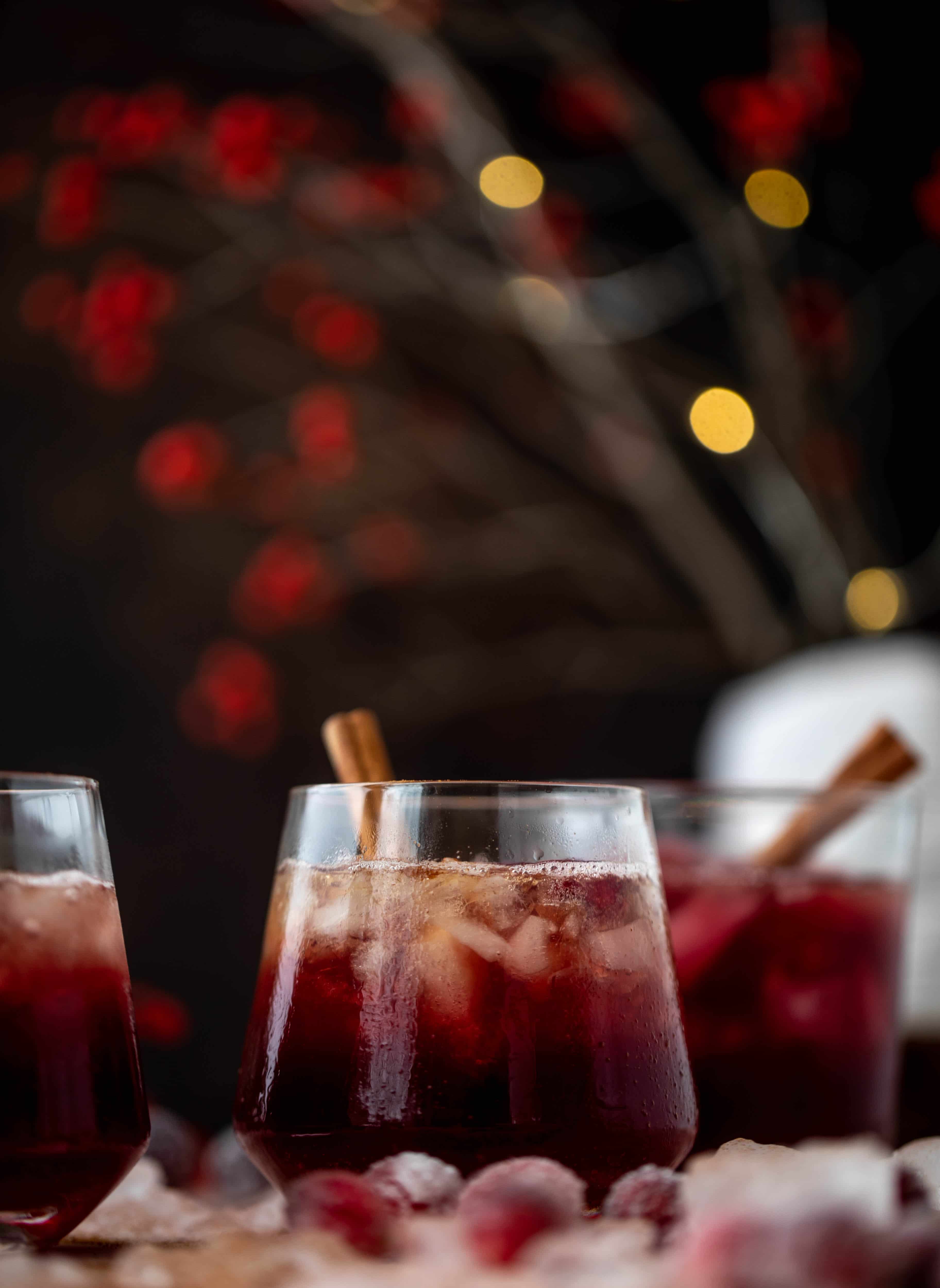 Who knew cobbler could be SO REFRESHING?